Buzz Is About Conversations

Some people have been sticking their noses up at the latest release of Google Buzz. While I agree that there are many things that need changing and improvement, I also think they might not have taken the time to actually use Google Buzz long enough to understand it’s strengths. I have found through my few days of experience that Buzz is all about conversations, and conversations is what it does best. When viewing the Buzz stream in Gmail, comments show up real time and allows for a real conversation. I have been able to have fun and quick conversations with some of my Twitter friends that wouldn’t have happened on Twitter, or at least not the same way. 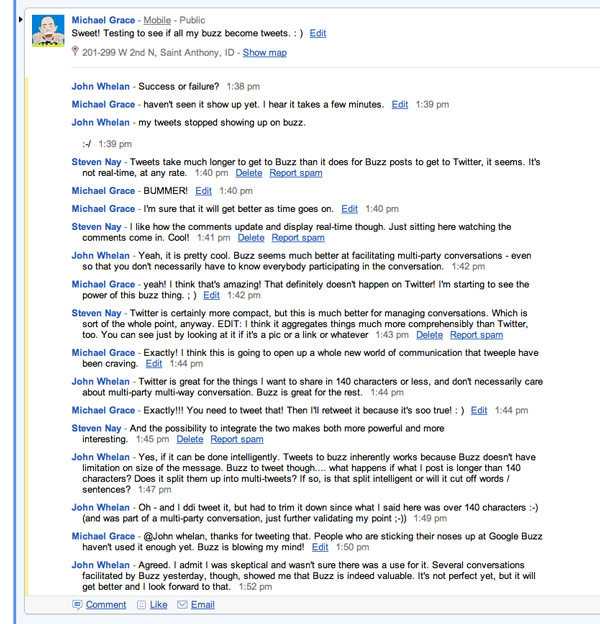 I have also been impressed to see Buzz pulling my flickr photos intelligently into my buzz stream. I had 3 photos of our new front door being replaced on flickr that I posted via 3 separate tweets and all 3 got grouped together in the same buzz.

With the way Buzz facilitates conversation and does some intelligent work with managing other social network data, I really think Buzz will become a powerful player in the social networking world.